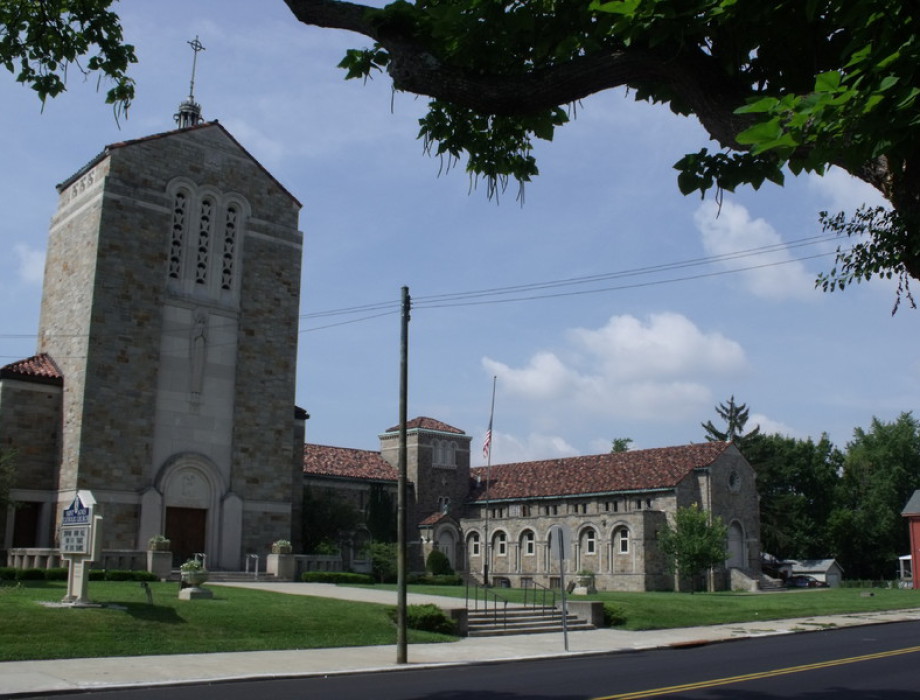 Look Where the Lord has Led Us!

As we celebrated our third anniversary, a special eight page insert was prepared which highlighted the events of the previous year. Click on the PDF symbol to the left to view or download a copy toda
Anniversary Booklet - 2013.pdf
Adobe Acrobat document [1.7 MB]

We've Come This Far by Faith! 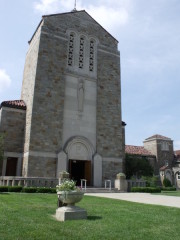 The Church of the Resurrection in the Bond Hill﻿ neighborhood of Cincinnati was established on August 1, 2010 when the faith communities of St. Andrew (Avondale), St. Mark (Evanston), St. Agnes (Bond Hill) and St. Martin de Porres (Lincoln Heights) merged.  After over four years of pastoral planning, the leadership and members of the four parishes recommended a site, a date, and a name for the new parish. 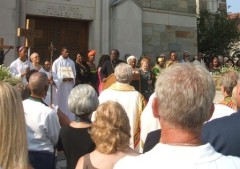 Members of the four communities came together at 10:00 a.m. on a bright sunny Sunday morning to worship as one new parish on August 1, 2010.  They brought with them their parish banners, their processional crosses and Easter candles, as well as some of the holy water from their fonts.  As they gathered for the first time, they gathered outside in front of the church.  Once in the church, the holy water from the four now closed parishes was poured into the font, mingles with a vile of water from the Jordan River and God's blessings were called down upon the water once more.  This water was then used to sprinkle the building - its floors and walls.  Later in the celebration, after everyone renewed their baptismal promises, they blessed themselves with this same water, which God had made one.  It was a day of great celebration.

From the very beginning, the new parish decided to continue to operate the food pantries and soup kitchen that were already in operation at the parishes that were merged to form the Church of the Resurrection.  Members of the Church of God volunteered to join us in serving the poor and the hungry in our communities.

Traditions were brought from the four parishes that merged and new traditions were created along the way.  Shortly after beginning, a Women's Group and a Men's Group were formed.  The Women held a Tea to bring the women of the parish together, and later that first year held their first annual women's retreat.  A Men's Group was also formed.  They sponsor a fellowship after the Sunday morning Masses, and annual Pancake Breakfast, and a men's retreat day each year.

Among the new traditions established was the Feast Fit for Three Kings, a pot-luck dinner served after the 11:00 a.m. on the feast of the Epiphany.  A month or so later, we celebrate Mardi Gras with a traditional meal of some of New Orleans' favorite foods.  Each year, on the first Sunday of August, we also celebrate our anniversary as a parish.

Several traditions have been brought from the closed parishes, as well.  Each January, we honor people in the Cincinnati area who help "Keep the Dream Alive" - the dream of Dr. Martin Luther King.  Each summer, one Saturday is devoted to "Jazz on the Lawn" - calebration for food and music.

A few months later, ministries to Young Adults and Teens began.  The Young Adults meet every week.  The Teens meet every month, and the Teens have held some car washes to raise funds to participate in state and national conferences.

During our second year, a seniors group was formed and chose to call themselves the Rock of Ages Seniors.  They meet monthly for lunch, bring in speakers of interest to them, and plan trips to build community among themselves and reach out to others.

During our third year, we held our first Parish Cookout and Harvest Dance, and are planning to make both events into annual traditions.  Our first revival was held shoprtly after our third Easter together, and we definitely want to do that again.

The Church of the Resurrection is an urban Catholic community with people of diverse economic and cultural backgrounds, who have come together to serve God through various ministries and outreach programs. We encourage love of all God’s people by promoting spiritual growth through the love of God and the teachings of Christ Jesus through the Gospels. We stand firm in our beliefs. ﻿

The Church of the Resurrection is located within the Archdiocese of Cincinnati.

Recommend this page on: